The 20th round of the German Bundesliga will be opened by a match between Eintracht and Borussia Monchengladbach. There is no obvious favorite in this couple,  but bookmakers give a slight preference to the host team after all, which play noticeably better away this season, than at their home ground though. It should also be noted, that the Stallions were never an away team.

There is no intrigue in the battle for the championship this season once again, and one may already state that no one will reach Bayern, the Reds will probably be the official winners by March already. But the fight for the top-four is just ruthless and 10-11 teams already have chances to play in the Champions League next season and Eintracht and Borussia Monchengladbach are among them.

Monchengladbach began the year 2018 with an away loss from Koln, 1:2, but continued with a domestic victory over Augsburg, 2:0. Borussia are situated on the fifth position in the German elite tournament table with 31 points in the asset, the same as Bayer, Schalke 04 and RB Leipzig, which are currently in the top-four. The Stallions have had nine matches away, in which three victories with two draws and four defeats are registered, the goal difference is 15:19, and Borussia Monchengladbach only lost in the last three away games: to Wolfsburg, Freiburg and Koln.

Eintracht still cannot find their game in their native walls, but there is no doubt, that the Eagles will put all the efforts to win the forthcoming game. Borussia do not look that good in away games, whereas this is a historical thing for the Stallions.

Prediction for the match: Eintracht to win with +0.25 Asian Handicap 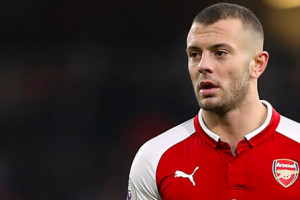