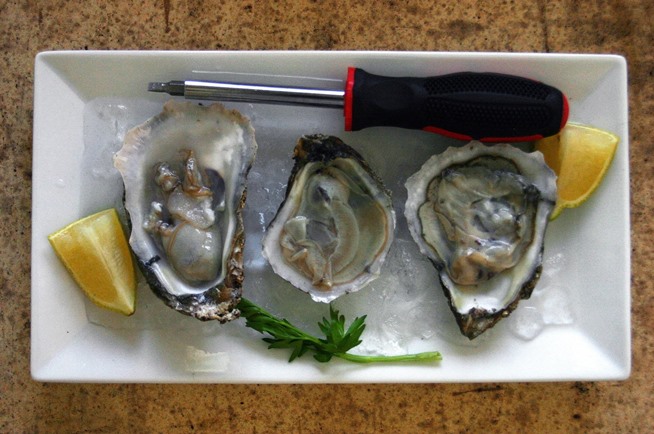 How To Do The Oyster

Synchronized swimming is one of the most graceful sports. The swimmers execute a series of moves in tandem with seeming ease. Their bodies glide through the water, as they execute twists, turns, and handstands and flips with military precision and a gentleness rarely seen in sports. To synchronized swimmers, each of the moves has a specific name. One of the most common moves is the Oyster. It is so named because of the way the body of the synchronized swimmer folds in half like the closing of the two halves of an oyster shell when they execute the move.

The oyster looks simple. They seemingly float atop the water on their back with their arm and legs fully extended. Magically they raise both their arms and legs into the air until the tips of their finger touches the tips of their toes pointing to the sky and right over their hips. Then their bodies slowly slip under the water. It’s mesmerizing to watch the grace with which this move is performed. However for synchronized swimmers it is one of the first moves they must master.

The oyster has three basic elements that must be done in perfect harmony for the move to look smooth and graceful. Those elements are the back layout, the scull, and eggbeatering. The back layout is when the swimmer lays seemingly rigidly on the surface of the water. Holding this position requires sculling with their arms and doing an eggbeater kick with their legs. Sculling is movements made with cupped hands that stabilizes and balances the body. In the eggbeater kick, the legs rotate in the water. Each leg has to rotate in the opposite direction. This creates the water pressure to keep them afloat.

When performing the oyster, the swimmer starts by positioning themselves in a back layout. Their chin is off of their chest. They hold their shoulders in a downward position. Simultaneously, their arms are sculling at their hips. This keeps their body straight and enables them to float. Their sculling and eggbeater kicking is so subtle it is almost invisible to people at the poolside looking at them performing the maneuver. Their next two moves are done very quickly and almost simultaneously.

First, while maintaining the back layout position, they very quickly move their arms from sculling at their sides, back and above their shoulders and head while continuing to do the eggbeater kick so they remain stretched out fully on the surface of the water for a second or two. Then, while continuing to hold their arms and legs straight, they bend at the waist and lift both their arms and legs into the air. When their hands and feet meet at the 12 o’clock position with their fingers touching their toes, they slowly sink down under the surface of the water.

TagsHow To Do The Oyster